Sean Danconia presents his UltraMod eye on the world of GeGeGe no Kitaro, Stranger Things and Ready Player One, culminating in a wild pop-art collage of candescent cyberpunk.

“Ready Stranger One” (Mixed-Media, w/ Acrylic on Canvas) will be available to view and purchase at Los Angeles’ contemporary art destination—Mouche Gallery (info@mouchegallery.com), April-May 2022 with prints being launched the weekend of February 25th, 2022 on PopArtLand.

Teaser Trailer for “Ready Stranger One”, directed by Clive Barker?  冗談だよ〜(♡´艸`), along with oldest and newest openings for GeGeGe no Kitaro.

GeGeGe no Kitarō (ゲゲゲの鬼太郎), originally known as Hakaba Kitarō (墓場鬼太郎, “Kitarō of the Graveyard”), is a Japanese manga series created in 1960 by Shigeru Mizuki, who recently passed away. It’s best known for its popularization of the folklore creatures known as yōkai, a class of spirit-monster which all of the main characters belong to. This story was an early 20th-century Japanese folk tale performed on kamishibai. It has been adapted for the screen several times, as anime, live action, and video games. (Source: Wiki)

Kazuki Sato is a gamer in HorrorScope—a banned quantum metaverse (powered by our dreams / nightmares), based on classic anime and 80’s cult cinema.

Sato, famous for his unbeatable avatar—Shigeru Mizuki’s Kitaro and his mastery of Japan’s mythic underworld (Yomi-no-kuni), has his game turned on its head by a player named Kozika (a demonic Frank Kozik-inspired Hello Kitty) who triggers an apocalyptic scenario by importing and opening a self-replicating Lament Configuration puzzle box, made famous in Clive Barker’s Hellraiser.

An invasion of the game at a sub-atomic level takes place, and the Mazone—hellish villains of Captain Harlock fame, begin to destroy everything in their path—both virtually and physically—by infecting the game with a (Go Nagai) Devilman virus.

Kitaro must summon the game’s original (now dead) creator—”The Stranger” (striking resemblance to Harlock), who assists him in assembling a team of anime rebels to fight the impossible threat, while the Devilman infection spreads, threatening to turn them all into servants of the evil Mazone Queen—Rafflesia—or whatever force is behind her…

While the art features a full metaverse of icons, iconography and memorabilia, here’s a lengthy list of some of the most notable elements:

Feel free to get in touch with us for any commission concept and quote. We have various price points available depending on size, complexity, medium and time frame. Make your art dreams come true today! 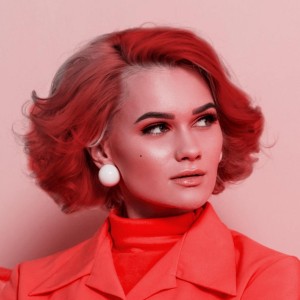 Rebecca Hilton is an alpha level independent curator based in London, England. She holds an BA in art history from Gordon Dunross College and an MFA in curatorial practice from House Perigal. Rebecca established Hilton Curation in 2011 after 6 years as lead curator for The Romana D. Voratrelundar Museum.

Your premiere resource for contemporary and classic ART of the UltraMod persuasion plus all the new news, re-reviews and pop-cult that’s fit to print, from your most MOD-est tomodachi at Pop Art Land (Hollywood, California), ENJIN Factory & The D Gallery, located in dynamical Downtown Dallas, Texas. ٩(^ᴗ^)۶

Test from the Gym!

We will never sell your info nor send over junk—only the very best information will we serve :)

Some of our valued partners